Wondering what the current official name of SQL Anywhere is?
ASA (Adaptive Server Anywhere)? iAnywhere? SQL Anywhere? Watcom SQL? Was there a version 14 or 15? 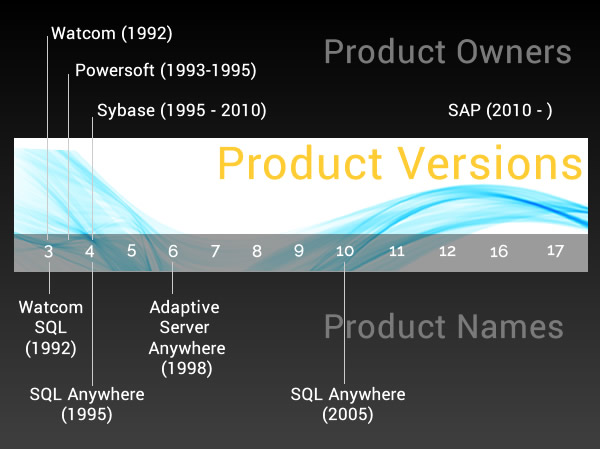 Here is a little recap of the product history: